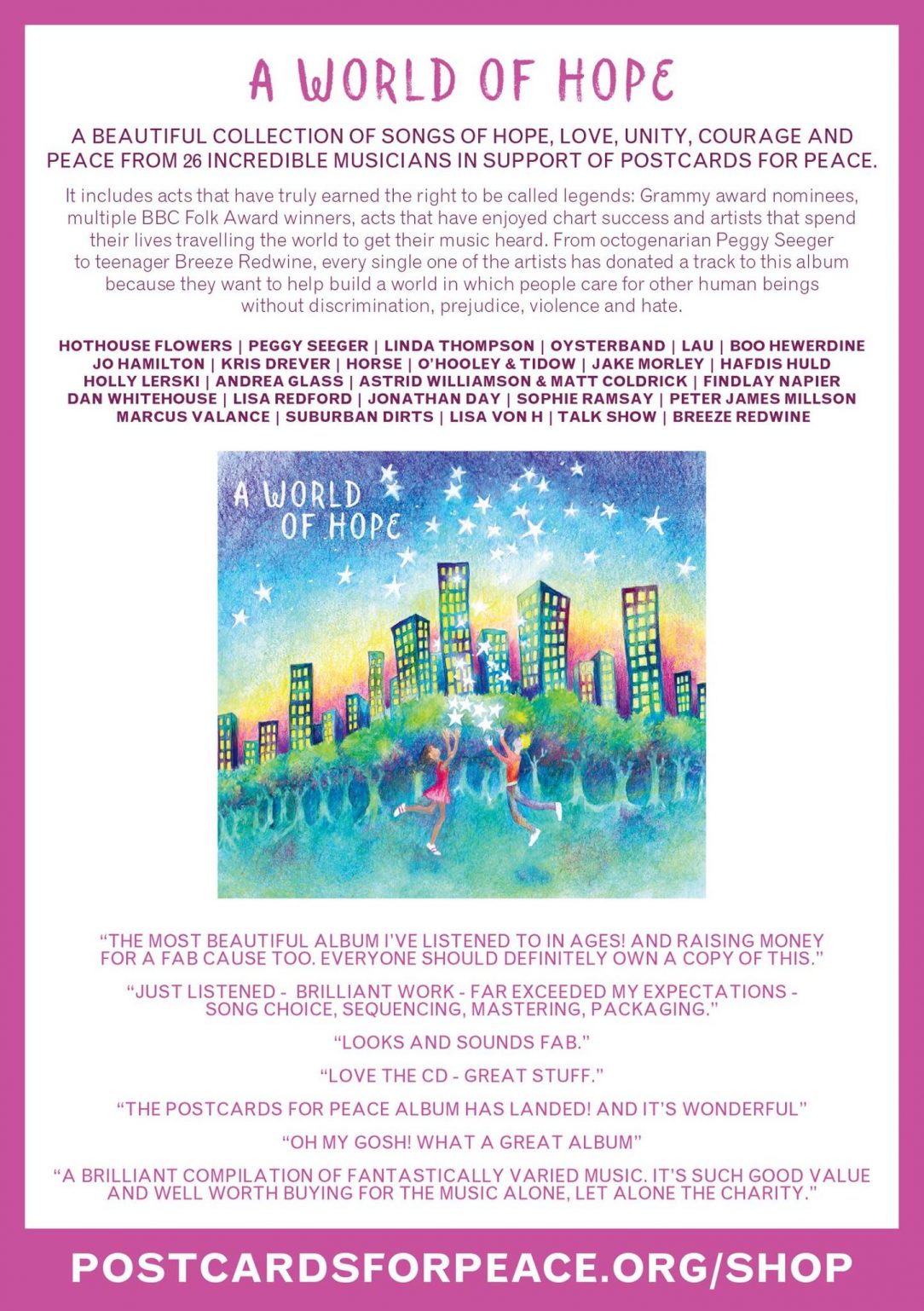 In support of international charity Postcards For Peace, whose goal is to end discrimination and violence through education, I’ve joined with twenty five other incredible musicians to contribute a song to this album

The title, A World of Hope, comes from the lyrics to Jo Hamilton’s ‘There It Is’ (one of the first tracks contributed to the project) and it is a fitting name for an album that features 26 songs of war and peace, of hope and of love, of living life to the full, of not giving up and of having the courage to face adversity.

It includes acts that have truly earned the right to be called legends, Grammy award nominees, multiple BBC Folk Award winners, acts that have enjoyed chart success and artists that spend their lives travelling the world to get their music heard. From octogenarian Peggy Seeger to teenager Breeze Redwine, every single one of the artists has donated a track to this album because they want to help build a world in which people care for other human beings without discrimination, prejudice, violence and hate.

You can buy the album at http://www.postcardsforpeace.org/shop