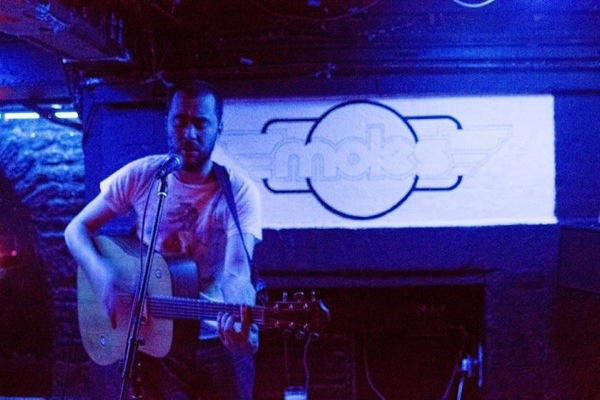 I’ve been in the grip of a bread making obsession recently. Taking a step closer to the sandwich shop perhaps? There always was a bit of the ‘never a truer word than spoken in jest’ to that lyric, but I bet I’d get bored of being a baker. I’d soon be craving learning something new.

Before the gig I went to Wagamama’s in Bath with some old friends, and was telling them about my idea to get a job in the kitchens until I’ve learned how to cook the entire wagamama menu. Then I’d quit and do the same at an Indian restaurant, an Italian restaurant and so on. Then you could just keep going – be a builder, a plumber, an electrician, a gardener, a barman, a sailor, a cabbie, each year of your life a new job, like childhood curiosity for adults. You wouldn’t earn a lot, but you’d learn a lot.

It’s partly why I love being a musician – you’re never done learning. It’s like a restaurant with a never-ending menu. I had a beer after the gig with some music students and they were asking me for advice about life as a musician. Ha! I did my best and I know a fair bit, but if you know anything you know you’ve barely scratched the surface of how to write a great song, play it to it’s fullest potential, make musical moments meaningful.

Having said that there are some great little tricks. I used one of my favourites at this Bath gig – the quieter you play, the more aware the audience are of their own noise. Playing two quiet ones first set the tone for a really wonderful gig. It was also fun to experiment a bit, I tried one song in a sort of a capella / spoken word way which was interesting.

Some great other people played this gig too. Hayley Collins and Foreign Affairs both played their hearts out. It was great to share a stage with them… well one at a time I mean, we didn’t all stand there at once singing Band Aid or anything.

I don’t have the most fans of anyone, but I’m often overwhelmed by their enthusiasm. Thanks especially to them, they know who they are. The promoter even spent the day drawing me a picture: Thank you to you all for being so supportive. No cheffing or plumbing for me, I’ve got work to do to record these songs. Smashing gig Bath, see you in October I hope…
X