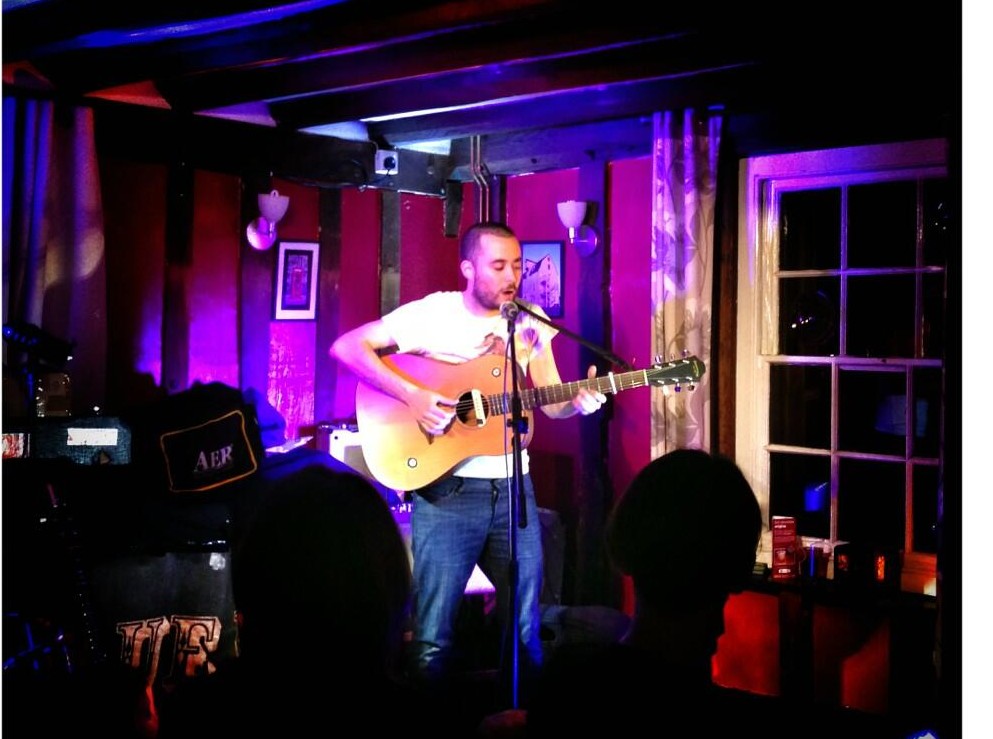 I ain’t gonna lie, there have been times over the winter where I’ve thought “Is this really worth it? These new songs are rubbish.” Ah hello self-doubt! It’s like the friend who just puts you down and you wonder why you’re still friends with, but sometimes pushes you on to work harder and be better.

This past winter, when wrestling with a particularly difficult song, I would sometimes imagine packed-out, storming, successful nights like this one in Woodbridge just to taunt myself about how far away from all that I was. “Ooh these new songs are your best” people would be saying at my imagination gig while I looked down at yet another page of rejected lyrics.

Oh, if only old me could have seen new me at this gig! It was such a banger! And the new songs were at the heart of it. What a relief.

Looking back, those voices in my head weren’t always a great help, but at least they helped to inspire new material like Watch Yourself – a duet between my conscious and unconscious minds that drove me to the edge of insanity but I’m now quite happy with. It was a big deal for so many people to say it was their favourite.

First thanks go to the live music community of Woodbridge. There was not a single scrap of space in The Angel not filled with a music fan listening intently. Many had seen me play twice there before, so it was the perfect opportunity to try out a set of new songs, and it was only with their help that it was such a success, so thank you. The names are too many to mention, but particular thanks go to Chris and Sarah Mapey for running such a supportive venue, Peter Hepworth for booking and promoting artists there with so much passion and Richard for all his tech help. Rhiannon Mair played a great support set and can look forward to her own gig there soon.

Finally, thanks to 8-year-old Charlie for drawing me this picture. I do hope my next one isn’t quite as violent (does the robot dinosaur really need to have thorns dripping with blood??!). Also to Bonnie, who despite being wheelchair-bound with a rare bone disease, still manages to run a charity to help others less able or headstrong as her. Feet Don’t Fail Me Now is their new theme song :) Rock on Bon.

Tonight I’m off to support one of my favourite bands around right now – Everything Everything. Next stop after that – Leeds.